Surprising Facts About Workplace Violence in the Medical Profession 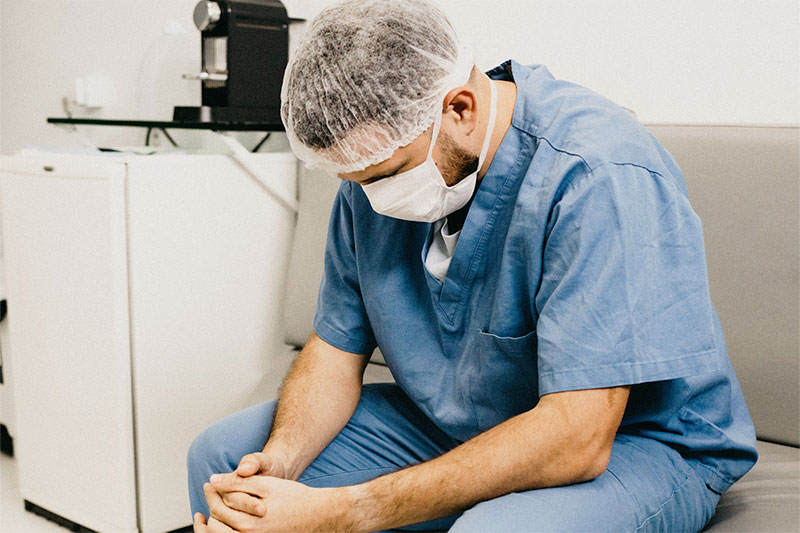 According to a recent article, the health care professionals that we rely upon to care for us are at a surprising risk for violence in the workplace. Prompted by an incident in Venray, Limburg where a physician's assistant was threatened, berated, and spat at by a patient, as well as a number of other troubling reports, the NVDA has carried out a national survey about workplace violence among doctor's assistants.

The results are concerning. Most of the physician's assistants who responded said they had experienced aggression in the workplace, and many report that such incidents are increasing. A full 62% said they had experienced aggression, and 17% had dealt with violence, like hitting or kicking, at work. Three percent had been threatened with a weapon. In fact, nearly one in four physician's assistants in the Netherlands experiences workplace aggression more than four times a year, but only 11% of these incidents are reported to the police.

"Nearly one in four physician's assistants in the Netherlands experiences workplace aggression more than four times a year, but only 11% of these incidents are reported to the police."

And this problem isn't limited to the Netherlands. A twelve-month study of six hospitals in the US revealed that 38% of workers feared for their safety, and 38% had experienced violence in the course of the year, but only 19% of events were officially reported.

Further investigation shows that due to this lack of reporting, workplace violence among medical care workers is little understood. Medical staff have a wide range of reactions to such incidents, depending on their personal level of fear and discomfort. Some report the incident to co-workers or management, while others might add a note in the patient's medical records. In the US, only 9% of such incidents are reported to occupational health and safety systems.

The issue of underreporting persists as workers are unclear about the line separating service and personal safety. Without clear guidelines about which incidents should be reported, and how, there isn’t conclusive  data to effectively protect health care staff. And yet violent incidents are widespread, and their frequency is increasing. The threat of violence and aggression in the workplace makes an already difficult and stressful job even more difficult.

Workplace violence in the medical profession puts employee satisfaction and retention at risk, encouraging skilled workers to leave the field for something safer. When workers feel anxious or unsafe, it may prevent them from giving their full attention and quality of care to other patients. It may also contribute to a feeling of anxiety and stress among other patients and their family members who hear or witness such incidents.

The NVDA is taking steps to address this unacceptable situation with employee training courses, and also by adding it to their political agenda. It's clear that we need to take stronger steps to protect physician's assistants, by giving them the protection and support they need in the workplace during the incident, and by giving them clear guidelines on how and when such incidents should be reported.

Overworked and Overstressed Doctors: Is There a Solution for all that Paperwork?

You want to learn about MIA?